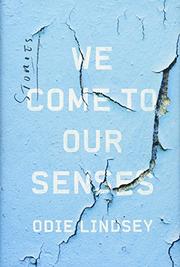 WE COME TO OUR SENSES

Memorable, even haunting tales of war and peace—two states of being that, in debut author Lindsey’s hands, are hard to tell apart.

“The bars having closed at midnight, we turn to guns.” So opens the title story, which, like the other pieces here, is largely set in the South, but a South not of stately magnolias and antebellum mansions but of dilapidated row houses ready to crumble into overflowing rivers, of chemically altered men and women nursing wounds physical and mental, of days spent with beer cans under ceiling fans before reruns on old televisions that would be better taken outside and shot. Those men and women have been to far-off deserts to fight, and they have seen horrible things and then come home to horrible situations. In the opening story, a woman whose just-barely-running car is making noises “like the collision of track gears on an M113A3 personnel carrier” endures an abusive boss, a dead-end job, and memories of a playful dog shot dead by the guys in the motor pool; so awful is her daily existence that she carefully plans a suicide that she can’t carry out because she is so constantly harried. In such a scenario, annual evaluations are as lethal to the spirit as IEDs are to the body. Civilians, too, are generally useless, like the gangbangers in one pensive story who fire off a few rounds, prompting a vet to protest, “You do NOT engage combat outside of an official combat zone.” But here the combat zone has extended to cover parking lots, bowling alleys, offices, everywhere, as inexorable as kudzu. Revisiting and building on themes from one story to the next, Lindsey writes with quiet confidence and sometimes arch humor that invites comparison to Ben Fountain and Phil Klay but that wouldn’t displease Flannery O’Connor.

Superb atmospherics and dramatic timing coupled with arresting storylines. A promising start, if sobering for readers unused to the grim realities of war.