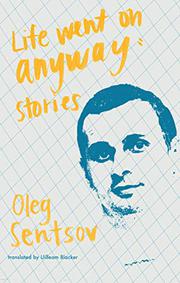 One writer’s early days in Crimea.

Arrested in May 2014, Ukrainian filmmaker and activist Sentsov now is serving a 20-year sentence in a Russian prison after his conviction on dubious terrorism charges in 2015. Oscar-winning filmmakers and PEN International have rallied to his cause, and the publication in the West of this debut collection is part of the campaign to bring attention to his unjust incarceration. In eight brief stories that read like slices of a memoir in progress, Sentsov revisits his early life in a Crimean village, a world that for him “had limits, but it wasn’t limited.” Though his ostensible subjects don’t rise above the mundane—his dog, his childhood illnesses, and his years as a victim of relentless school bullies—Sentsov consistently manages to see the world through the eyes of a child while writing, in a disarmingly unaffected style, with the wisdom and sardonic wit of a sometimes-disillusioned adult. He displays that talent in “Dog,” the story of the German shepherd he received as a 12th birthday gift. In a few paragraphs he effortlessly navigates the transition from their pleasant walks “on a damp autumn day, in the long, bright twilight” to days when “walking the dog turned into a tiresome obligation” as his once cherished pet “faded into the background, like a wife that you continue to live with but stop noticing.” The story concludes on a bitter note, as Sentsov hints at his mother’s affair with a neighbor and confesses he “would never have thought it would be harder to bury my dog than my father.” “Childhood” breezily surveys his life from ages 5 to 14, a time when “ten years feel like nothing compared to that bell that will never ring!" And looking back on his beloved village from the vantage point of fifteen years of city life, he understands that “the places are the same and the people are supposedly the same, but everything is different.” Through these brief glimpses he’s managed to arrest that inevitable process, at least on the page.

An imprisoned Ukrainian dissident artfully unearths his past in stories.