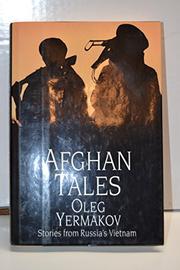 The Afghan war occasions these Russian stories by a 30-year-old Soviet Army veteran—stories of waiting, of flashing terror, boredom, of soldiers on leave, of draftees trying to cram in as much freedom as they can before war-death gets a chance at removing the possibility forever. Apart from some striking local details (such as an Afghan sandstorm), the war-scene stories evince little more than the undeniable reminder that all wars share the same awful parameters. More interesting are the pieces (``The Yellow Mountain,'' for example, or ``A Springtime Walk'') that plug into that particularly Russian literary unit—the day, time's passage—to produce elements of apprehension and loss among conscripts and the demobbed alike. Yermakov, though, is a placid, not terribly vivid writer—and the parallelism of the publisher's narrow hook here, ``Stories from Russia's Vietnam,'' pretty much sums up the whole package without a lot to spare.