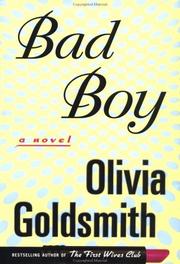 Clothes make the man . . . and the man makes the woman.

Or so thinks Seattle journalist Tracie Higgins, who keeps herself busy writing feature stories for a local newspaper, hanging out with an assortment of comical pals, and letting her slacker boyfriend Phil take advantage of her. When Tracie complains to her longtime best friend Jon, he wonders why women always fall for users and losers like Phil. Jon is a great guy who always does the right thing—from making a modest fortune in the city’s computer industry to visiting each of his several stepmothers and his own mom on Mother’s Day. But since he can’t get a date, he asks Tracie on a whim to make him over. She eagerly complies, tossing out his dorky khakis and company T-shirts in favor of unbuttoned black leather shirts and torn jeans, insisting that he get a sexy, spiky haircut, dubbing him Johnny in the name of ersatz badness, and setting him loose on the unsuspecting female population of Seattle. After some initial strikeouts, Jon hits pay dirt with Tracie’s buddy Beth, who announces some amazing news the very next morning: Jon is fabulous between the sheets. Tracie finally wises up and realizes what she’s been overlooking all these years. She’s in love. But will Jon believe it when a tell-all account of his makeover and subsequent bungling appears in the newspaper? Fresh and funny for the most part, although Goldsmith (The First Wives Club, 1992, etc.) supplies enough trendy cuteness to fill a shopping mall. And the story’s central conceit—that an intelligent, sensitive, kind, attractive, hard-working, loyal, rich guy who’s also great in bed would somehow be invisible to the opposite sex—boggles the mind and begs the question any post-teen female reader would scream at cheerfully oblivious Tracie: Are you crazy?

Entertaining fluff—and sure to sell.