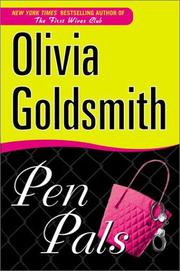 A Wall Street whiz takes an insider-trading rap for her crooked boss and winds up in prison.

Jennifer Spencer is bright, beautiful—and behind bars. Her attorney fiancé, Thomas Branston IV, and Donald Michaels, the sharklike CEO of her financial firm, persuaded her to take the rap for Donald’s dirty deals and SEC violations, assuring her of a slap-on-the-wrist reprimand—and now she’s in the Jennings Correctional Institute for Women for three to five. It’s no country club, even though warden Gwen Harding is a sympathetic sort. Jennifer trades her Armani outfit for an orange jumpsuit, endures a body cavity search, and meets her fellow inmates: Movita Watson, a proud black woman serving a life sentence for slaying her abusive husband; thieving Cher McInnery, a hillbilly goddess from Arkansas; Suki, a fragile young woman convicted as accessory in a robbery, now pregnant by a guard who raped her; and Margaret Rafferty, a prep school headmistress found guilty of murdering her cheating husband. Jennifer soon understands that the name of the game is humiliation, not rehabilitation; and that no one is going to rescue her any time soon. But Lenny Benson, her firm’s mild-mannered accountant, has been digging into the records and uncovering all kinds of wrongdoing—though not evidence enough to spring Jennifer. A crisis looms when the prison is faced with privatization by JRU, a cash-poor business planning to use inmates as telemarketers. Aided by Margaret’s wheeler-dealer sons, Jennifer scotches the plan by on-line manipulation of JRU stock and arranging for a buyout of the undercapitalized company. With time off for good behavior, she’s soon a free woman, meting out punishment to Donald and Tom and wangling pardons for some of the other Pen Pals.

Social work as satire: The harsh realities of prison life are noted briefly on the way to a formulaic (and rather improbable) happy ending. Goldsmith (Bad Boy, 2001, etc.) has done better.