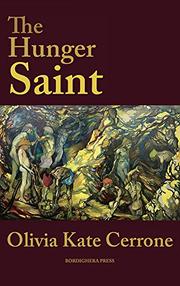 From the Via Folios series, volume 120

Sicily, 1948. After his father is killed in a mining accident, 12-year-old Ntoni is sent by his mother to take the dead man’s place: “She signed Ntoni over to the Miniera Cozzo Disi mines to work off the soccorso morto, a loan given to his family on the promise of his labor.” The contract is for seven years. As one of the carusi—or child miners—Ntoni faces backbreaking conditions that will likely lead to a premature death. He has no recourse but to pray to St. Calogero, the Hunger Saint, and hope that his indentured servitude will pass quickly. When the mine’s mechanic, Ziu Peppi, tells the boy that his father had been putting money away to immigrate to France, Ntoni is offered the same opportunity. He could escape his life and build a new one abroad, though he is unsure what this might mean for his family and its debt with the mining company. His mother assures him that his father had planned no such thing, but Ntoni decides to trust the mechanic—though to trust anyone, it turns out, may be just as dangerous as gas pockets, tunnel collapses, and the brutality of the mine bosses. Cerrone tells her story in a deliberative prose flecked with Italian terms and mining jargon, perfectly evoking both the setting and time period of this piece of historical fiction. The tale brings to mind American literary realism of the early 20th century—Upton Sinclair, Jack London—as well as the books of midcentury Sicilian writers like Leonardo Sciascia. Cerrone uses Ntoni’s experiences to shed light on the little-remembered soccorso morto practice, which held thousands of children in virtual slavery. The most memorable elements of the novella are the horrific conditions in which Ntoni and his peers must toil: “Each month at least one miner or caruso perished in some way. Yet they continued to work, resigned to their proximity to death.” In this proximity, Cerrone seeks to discover the necessities of life.

A well-crafted and affecting literary tale about a young Italian miner.