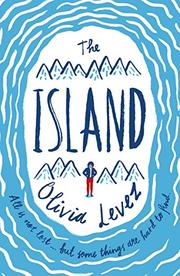 A teen struggles against both nature and her own past experiences in a reflective survival tale.

Sixteen-year-old Frances Stanton considers herself a monster. She likens herself to the gorgon Medusa, longs to be as emotionless as a rock, and drops dark hints about the crime that landed her on an airplane bound for a rehabilitative adventure experience. When that plane crashes into the Indian Ocean en route to Indonesia, Frances climbs aboard a life raft, floating to a small island. Levez keeps the stakes agonizingly high as Fran fights for her life, making incremental gains, trying to prevent catastrophic losses, and slowly forging a deep bond with another castaway, Rufus. (Both characters seem to be white.) Events on the island alternate with Fran’s memories of what led up to her current situation: she set fire to a wing of her London school, seriously (though accidentally) injuring a young teacher who, intending to help, was responsible for the removal into protective custody of Fran’s biracial younger brother, Johnny. Fran is intensely protective of Johnny against both their mother, Cassie—a rather pathetic figure dependent on pot and alcohol—and Cassie’s predatory boyfriend and quasi-pimp. Readers will quickly see that conditions on the island are more physically dangerous than in Fran’s squalid apartment—but much less emotionally treacherous.

Not all readers will embrace this novel’s haunting, open-ended conclusion, but those who do will find much to appreciate and discuss.