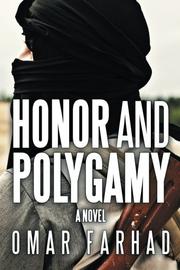 In this debut novel, a married American is kidnapped in Afghanistan and ends up falling in love with an Afghan woman.
Nicholas Blake, an American diplomat working for the U.N., is asked by his boss, Bob, to take an assignment in Afghanistan even though he’s just returned from being abroad. Weighing his desire to be with his wife and daughter against their need for income, Nick decides to honor Bob’s request. While out with Charlie, an old friend from the Army, Nick’s companions are killed and he is taken hostage by insurgents under the direction of Molawee Abdul Satar. Brought to a remote location, Nick undergoes deprivation and imprisonment and is forced to go on camera condemning the U.S.’s involvement in Afghanistan. Eventually, he escapes and is given asylum by Gulbaz, an elderly farmer who renames Nick “Naikee” and marries him to his 16-year-old daughter, Shaista, as a means (through tribal custom) of protecting him from Satar. While Nick/Naikee hopes to leave, he ends up falling in love with Shaista despite the fact that he knows his family back home will not understand. The book moves along at a lightning pace due in no small part to Farhad’s decision to use present tense, which prevents him from getting mired in detail but too often makes the text comes across as cursory and superficial. Readers are meant to believe that Nick loves his wife and child but only in the generic way that we expect any husband and father to; without taking the time to flesh out the characters, Farhad leaves the reader with little reason to care for them. To his credit, Farhad captures the complexity of the relationships between the characters, who are influenced by their religious and political beliefs without becoming mere reflections of them. But any goodwill is lost in the book’s disastrous ending, in which all of the complications that Farhad takes the time to establish—Nick’s wanting to live both lives and his being unable to reconcile his feelings—are dispensed with entirely in a deadly confrontation with the Iranian border patrol.
A slight, breezy novel with a promising premise and poor execution.