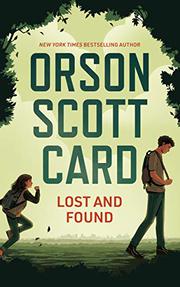 From the Micropowers series, volume 1

A teen with the micropower (much smaller than a superpower) of finding lost things is asked to help in a kidnapping investigation.

Long ostracized as a thief because no one believes him, freshman Ezekiel has tried to tamp down his ability to recognize lost items and compulsion to return them. His loner act is interrupted by Beth, an almost 14-year-old sophomore with proportionate dwarfism who wants to befriend him so that his isolation bubble can protect her from the bullying she faces. He's jerkish as a defense mechanism; she’s persistent; they’re both precocious intellectuals with snarky, dark humor—most importantly, she believes in and encourages his micropower. Also encouraging him is a desperate detective who wants Ezekiel’s help in a missing child case (though Ezekiel’s more accustomed to being accused and mistreated by police). The pacing of the multilayered mystery enables a buildup of dread leading to the revelation of how incredibly dark the crime story really is. The story’s psychological elements—both traumatic fallout and beautiful interpersonal relationships—are given breathing space in a satisfying denouement. Physical and racial descriptors are largely absent, creating a white default. The slur “Paki” is used without contextualization in reference to a Bangladeshi American character. Despite the infantilizing descriptive phrase “pitter patter of little feet,” Beth is portrayed as strong and capable.

A winning combination of wit, a twisted crime drama, and a fresh take on teens with powers