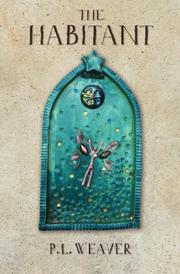 From the The Habitants series, volume 1

A college freshman’s job at the campus library comes with new eccentric friends, creepy strangers, and perhaps a ghost in this debut supernatural tale.

With her mom suddenly unemployed, University of Oklahoma student Sarah Felton offers to get a position to help out with expenses. She applies at the library, where the circulation supervisor, impressed by her impromptu interview, hires her. It’s a rough start; her introduction to patron Dr. Patty Nakamura, who suffers from obsessive-compulsive disorder, consists of the woman declaring Sarah’s Pakistani co-worker Lubna a terrorist. But soon Sarah forms friendships with Lubna and student security guard Stanley and something a little more than friendship outside the library with nerdy but winsome Adam. Stanley is particularly unusual, a Native American descendent of shamans who claims he can see auras and ghosts— and that spirits sometimes roam the library. That may include Bernie, a woman evidently taking up residence there. It seems she’s something other than human, floating around the stacks and invisible to everyone, or at least most people. Bernie finds a connection to Sarah and may become what Stanley would call a spirit guide. Unable to speak with words, Bernie tries to communicate with Sarah through feelings. She hopes to warn the freshman about a guy Bernie’s dubbed TC, for The Creep, with a penchant for tampering with elevators and a sinister plan in the works. The novel is a drama first, giving a wide berth to genre conventions. The author, for example, smartly keeps Bernie ambiguous; Sarah proposes that the woman could be an alien, while Bernie herself isn’t sure—there’s no inkling of any sort of past. Sarah, meanwhile, is wholly engaging simply as a 19-year-old student. She hasn’t quite recovered from her dad’s death from lymphoma and worries about her blossoming romance with Adam after witnessing roommate Jennifer’s failed relationship. Readers anticipating spookiness may be dispirited: Bernie’s unequivocally amiable, TC’s unnerving but not outright scary, and Sarah and pals discuss but never investigate spirits. Sarah’s open-mindedness and endless curiosity, however, make her a perfect guide for readers into a world beyond tangible perception—even if it’s largely speculative.

Not a typical ghost story but a young woman learning about love, camaraderie, and self-identity —and possibly a spirit.