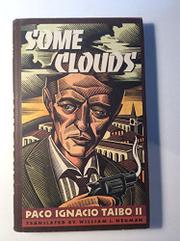 The latest case for one-eyed Mexico City shamus Hector Belasoar†n Shayne (An Easy Thing, 1990) begins when his sister Elisa drags him back from vacation with an unlikely tale about her friend Anita, who married into the Costa family only to have them wiped out within two months (dad: heart attack; brother Pancho: shot; brother Alberto: found gibbering over Pancho's body; brother Luis, Anita's husband: shot), leaving behind only a paltry legacy of $200 million pesos that somebody—Hector's old school chum Arturo Melgar, now a mobster called the Rat? the laughably corrupt policeman Jacinto Saavedra?—is anxious to prevent Anita from touching. There's also the case of the woman who's spending all her money on brightly colored lingerie her husband never sees; and, in case you were wondering, a writer who sounds an awful lot like Taibo himself turns up halfway through with a story of 14 corpses found in the city's sewer system.... Droll and deadpan. Non sequiturs rule.