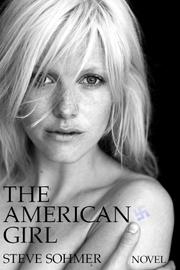 A historical novel documents the rise of an American filmmaker in Nazi Germany.

Fresh out of the University of Southern California film school, Sally Faulkner wants to direct but finds herself working as a lowly script girl on David O. Selznick’s production of Gone with the Wind. A chance encounter allows the German-speaking Sally to act as an interpreter for Leni Riefenstahl during the controversial Nazi filmmaker’s appearance in Hollywood, which leads to a job offer in Berlin. Sally becomes enamored with the might and romanticism of the Third Reich, even if there are aspects of it, like the hatred of Jews, that she does not quite understand. Working alongside the likes of Riefenstahl and Veit Harlan—and catching the eye of the “respected Filmminister,” Joseph Goebbels—Sally has the opportunity to become something that she never could in Hollywood: a female film director. The German invasion of Poland disturbs Sally, but it offers her an opportunity: She is sent to direct a documentary about the lives of Jews in the Lodz-Litzmannstadt ghetto. There she meets Shimon Goldblum, an Ostjuden, or “Westernized Jew,” chosen to serve as her translator. In Lodz, Sally falls in love—and begins to question the actions of Hitler’s government: “What Shimon said about the German invasion—had he told her the truth? Was it possible the war was based on a ruse, a deception?” Unfortunately, the horrors are only just beginning. Sally soon realizes that her friends are committing one of history’s greatest crimes right in front of her and that she is complicit in it. As the world collapses, Sally will discover whether it is possible to use her cinematic talents to atone for her transgressions or if, as her mentor Riefenstahl predicts, there are some sins for which penitence is impossible.

Sohmer (Reading Shakespeare’s Mind, 2017, etc.) writes in a flowing prose that precisely places readers in each setting: “To Sally the open market was a baffling maze of stands and kiosks....The smell of produce, the squawk of geese and chickens, and the crying of vendors created a concoction of odors, colors and commotion that was at once carnivalesque and rancid.” At nearly 1,000 pages, the novel is as sweeping as the cinema epics of the era, featuring a massive cast of characters (many of whom were real people). While at times it feels a bit overstuffed, the level of immersion the author achieves is breathtaking and should enthrall fans of old Hollywood and World War II buffs alike. Through the willful, naïve, and not-so-innocent Sally, Sohmer deftly explores the complexities of art from myriad angles: the nature of “political” works, the witnessing power of documentaries, the perniciousness of patronage, the dangers of romanticism, and the possibility of ever separating artists from their creations. The book delivers all of the requisite thrills of the historical fiction genre while managing to provide a thoughtful critique of the potency of the moving image—one that readers should find surprisingly relevant to their own time.

An epic and illuminating tale of moviemaking in the Third Reich.

THE CASTLE IN THE FOREST
by Norman Mailer
Fiction