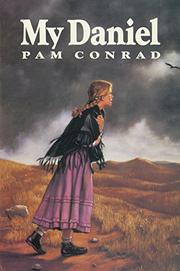 Julia Summerwaite, 80, flies east from Nebraska to take her two grandchildren to the American Museum of Natural History, and to tell them about the most significant event in her life, when—during her 12th summer in the 1880's—her brother discovered, on the family farm, the bones of the "brontosaurus" now on display in the museum. And so she does, during a leisurely tour of displays that will be familiar to many readers, as Ellie, 12, listens with rapt attention and much younger Steven runs too free to please the guards. It's a sad tale—brother Daniel was the person Julia most loved in her life, and he did not survive to see his find safely in the hands of the eminent scientist to whom he had written about it; the tale is also suspenseful, since we know almost from the beginning when Daniel's death occurred, but not how. Keeping the dinosaur a secret, especially from another, villainous, collector, provides much of the action; ultimately, the role that collector plays turns out to be different, and even more dramatic, than expected. Though the story of finding the bones and getting them to the museum is sure to interest readers, the carefully wrought characters and their beautifully realized Nebraska setting are the greatest strengths here. Daniel has quietly decided to stay on the struggling farm, turning down a tempting offer of work with paleontologists who recognize his gift for observations; his loyalty to his parents and his affection for his younger sister—and hers for him—are even more poignant as recalled almost 70 years later. An absorbing story.