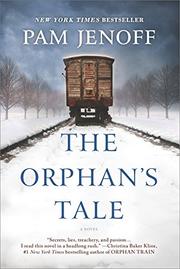 A Jewish trapeze artist and a Dutch unwed mother bond, after much aerial practice, as the circus comes to Nazi-occupied France.

Ingrid grew up in a Jewish circus family in Darmstadt, Germany. In 1934, she marries Erich, a German officer, and settles in Berlin. In 1942, as the war and Holocaust escalate, Erich is forced to divorce Ingrid. She returns to Darmstadt to find that her family has disappeared. A rival German circus clan, led by its patriarch, Herr Neuhoff, takes her in, giving her a stage name, Astrid, and forged Aryan papers. As she rehearses for the circus’ coming French tour, she once again experiences the freedom of an accomplished aerialist, even as her age, late 20s, catches up with her. The point of view shifts (and will alternate throughout) to Noa, a Dutch teenager thrown out by her formerly loving father when she gets pregnant by a German soldier. After leaving the German unwed mothers’ home where her infant has been taken away, either for the Reich’s Lebensborn adoption program or a worse fate, Noa finds work sweeping a train station. When she comes upon a boxcar full of dead or dying infants, she impulsively grabs one who resembles her own child, later naming him Theo. By chance, Noa and Theo are also rescued by Neuhoff, who offers her refuge in the circus, provided she can learn the trapeze. The tour begins with a stop in Thiers, France. Astrid is still leery of her new apprentice, but Noa catches on quickly and soon must replace Astrid in the act due to the risk that a Nazi spectator might recognize her. Noa falls in love with the mayor’s son, Luc, who Astrid suspects is a collaborator. Astrid’s Russian lover, Peter, a clown, tempts fate with a goose-stepping satire routine, and soon the circus will afford little protection to anybody. The diction seems too contemporary for the period, and the degree of danger the characters are in is more often summarized than demonstrated.