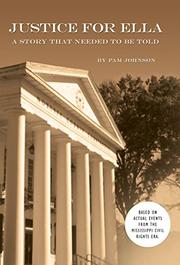 A riveting true story of courage and friendship in Jim Crow Mississippi.

With the 50th anniversary of the Civil Rights Act upon us, here’s a story sure to attract attention—deservedly so. It tells the tale of an unlikely friendship between a white woman and a black woman in Mississippi in the 1950s. The story opens with the unjustified arrest of Ella Gaston and her husband, who are pulled over while driving and arrested in front of their children for no other reason than their skin color. Ella is eventually found guilty of intimidating an officer, but the verdict is remarkably overruled by the all-white Mississippi Supreme Court. To ensure that Ella’s future is problem free, her employer and all-around spitfire, Jewell McMahan, takes matters into her own hands; together, they concoct various plans to protect Ella from a retrial. The two stand strong against higher-ranking officials—not to mention an entire culture—dead set on keeping Ella and her race down. Johnson, a journalist, tells the story quite eloquently. She is particularly adept at pacing, which makes for an exciting read. Most impressively, Johnson weaves history into the narrative. Readers learn about Ella’s uneducated, almost hopeless past through an extended piece on the effects of the Civil War: “For its white citizenry, who had lived through the degradation of defeat without much bloodshed in their own backyards, the bitter determination to maintain the ‘Southern Way of Life’ remained a motivating cause for over a hundred years.” But Johnson doesn’t merely rely on generalization; readers also learn about various different pockets of the South and how they could determine one’s outlook. While raised in Kentucky, for instance, Jewell had had very little contact as a child and young adult with African-Americans; consequently, she had little patience with the prejudice she encountered as she aged and moved away from home. Her character is especially vivid, full of spunk and verve. In a way, she outshines Ella, who could use a bit more personality. Overall, though, the story is a remarkable one about friendship, racism and overcoming the odds.

A stunning story about everyday people combating a brutal history.