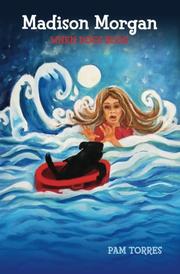 Starting middle school can be tough, so Madison Morgan doesn’t think she can handle it without a dog, but her stepfather has other ideas.

For Madison Morgan, middle school doesn’t look promising. Her best friend has more interest in boys and fashion than in spending time with her, and her stepfather’s system for maintaining an orderly household is beginning to bristle. Morgan feels pretty sure she won’t make it through the year without a dog of her own, but her stepfather says no. When he gives in halfway and brings home Lilly, a shelter dog Madison can foster temporarily, she’s angry—she thinks he doesn’t understand her needs, and he didn’t bother to check with her. However, she can’t stay upset for long. Lilly is a great dog, and having her around helps to unlock a power Madison didn’t know she had: She can feel what dogs are feeling and understand them. The power is largely extraneous to the story. While it allows her to bond to animals and feel closer to her late mother, it adds nothing to the book that is not already established by good character development. Madison is a great character: She’s likable and realistic, and readers are likely to relate to her difficulties finding her place in a new world. It’s clear that Madison has always been interested in helping animals, and her dual roles as a foster dog owner and class blogger are more than enough to spark action. After Lilly arrives, Madison becomes more involved in helping dogs. She and a new friend, Cooper, help out at an animal shelter owned by a family friend and post about it on the class blog. Her interest also leads logically to the main conflict of the story: When Madison discovers that something dangerous is happening in her neighborhood, she has to draw on her knowledge, and her family and friends, for help. Animal rescue is an important topic in this book, and resources listed at the end provide options for readers who want to get involved.

Give this one to kids struggling with a new school or to anyone interested in animal rescue.