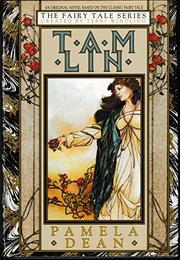 Despite their titles, the novels in the Fairy Tales series (Patricia C. Wrede's Snow White and Rose Red, 1989) are not simple retellings of familiar stories. This latest is not even based on a fairy tale; instead, Dean has taken her inspiration from one of the famous Child ballads, and removed it entirely from its native land and time to a small Minnesota college in the early 1970's. Dean reads the ballad of Tam Lin as a tale of adolescent love, and most of her novel concerns itself with the attempts of Janet Carter and her fellow students at Blackstock College to balance course loads with youthful angst and the bittersweet fruits of clumsy romance. But not very much happens. There is much lively conversation, and Janet and the others attend classes, plays, and films. Apart from legends of a dorm-haunting ghost and a Halloween riding of the Wild Hunt, led by the sinister Professor Medeous, there is nothing of Faerie to be seen. Only at the very end does the original ballad take over, and the faeries show themselves. Dean's characters have an irritating habit of cryptically quoting works of literature in place of direct answers, and the first half of the story is filled with repetitive descriptions of the campus from every angle. But the energetic prose carries the dithering plot along comfortably, and when the Otherworld does intrude, it is as creepy, seductive, and threatening as it is in the ancient tales themselves.