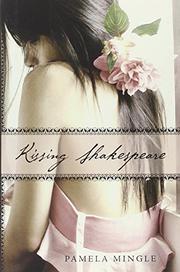 The only thing that’s not predictable about this time-travel romance is its exceptionally silly premise.

Stephen Langford, a 16th-century time traveler, has a vision that the 17-year-old William Shakespeare may opt to join the priesthood instead of going on to write his plays and sonnets. So he travels to 21st-century Boston, where he plucks Miranda Graham, scion of a Shakespearean acting family, to go back to 1581 Lancashire with him to seduce Shakespeare. Mm-hmmm. Posing as Stephen’s sister Olivia, Miranda infiltrates the household of Stephen’s uncle, a closet Catholic who is housing both fledgling schoolmaster Shakespeare and enemy of the state Edmund Campion, leader of a Jesuit mission to convert England’s Protestants. Miranda/Olivia adjusts to 16th-century life with ludicrous ease, despite its hygienic idiosyncrasies (public use of toothpicks) and her frequent lapses into 21st-century diction. Though she finds the idea of losing her virginity to Shakespeare titillating (and enjoys helping him write The Taming of the Shrew), it will surprise no one that she falls in love with the hunky Stephen instead. The tepid mystery revolving around the Privy Court investigation of Campion’s whereabouts is likewise underwhelming in its suspense. Vague waves of the authorial hand attempt to “explain” Stephen’s visions and time-traveling ability, but only the astonishingly incurious Miranda will accept them.

Despite the author’s obvious love of Shakespeare, this offering achieves only inanity.