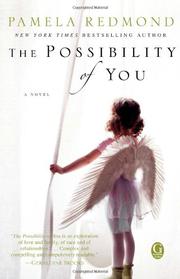 THE POSSIBILITY OF YOU

Redmond (Babes in Captivity, 2004, etc.) keeps her heroines’ stories separate for most of the novel, but readers will decipher the heavy-handed connections early on. Present-day Cait, now in her 30s, has been raised lovingly by her adoptive parents, middle-class, suburban Catholics. When she finds herself pregnant and in love with a fellow journalist she’s met while searching for a missing child—unbelievably sensitive Martin is married but his wife is a shrew and may be cheating on him too—she decides she must find her birth mother. In 1976 California, 19-year-old Billie is orphaned when her drugged-out father dies, but she finds letters that lead her to her wealthy grandmother Maude, a selfish but charming old woman dependent on her housekeeper Bridget. Billie moves into Maude’s Manhattan mansion as Maude's heir. She also begins to sleep with her African-American bisexual best friend Jupe. When she gets pregnant, medical student Jupe says he’s not ready to have a baby. Billie gives birth, suffers postpartum depression, is disowned by racist Maude and leaves the baby girl with Bridget. In 1916, Bridget is a newly arrived Irish nanny caring for Maude’s first son. A former Ziegfeld girl now married to a wealthy Jewish candy manufacturer, Maude runs in a suffragette circle and pays little attention to her baby, but when he dies suddenly she is distraught. Bridget is her main support, but Bridget is being wooed by George, Maude’s former chauffeur. Maude fires Bridget when she becomes pregnant and marries George. After his death in World War I, Bridget and her son are penniless. Maude takes her back on the condition that she can raise Bridget’s son as her own. By the time modern Cait has her baby, she is in the bosom of her family, genetic and adoptive.

The message is not subtle: Adoption is good, abortion should be a legal choice but is basically bad, men can be nice but are basically irrelevant.