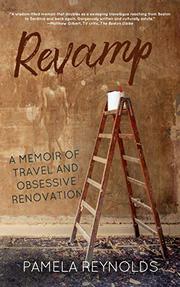 A Memoir of Travel and Obsessive Renovation

A debut memoir of moving to Italy and extensively remodeling a house.

After American author Reynolds’ first husband died by his own hand, she traveled to Italy to take time off. On returning to Boston, where she wrote for the Boston Globe, she fell in love with an Italian man, Umberto, and ended up moving with him to the Italian island of Sardinia, after he’s offered a teaching position there. They buy a fixer-upper in the countryside, which they proceed to remodel, and pay great attention to the details. When Umberto later expressed dismay at the ugliness of white electrical outlets in an American luxury condo, Reynolds replied that Americans don’t see “beautiful palaces and frescoes” from the time they’re born; they see “Strip malls, big box stores and billboards.” Umberto countered: “Form contains function. That’s what makes Italian cars and motorbikes the best in the world.” Over the course of this book, Reynolds tells how she embraced this aesthetic as the couple knocked down walls and made a guest house out of a garage. The remodeling became not just a project, but also a way of life—if one is going to lift the cabinets to change the tile, shouldn’t one also change the cabinets themselves? The text tends to meander at times, as the projects mount. However, the writing is solid, overall, with notable moments; later in the memoir, for example, the author stresses that all was not an HGTV fantasy, as Sardinia had a dark side. At one point, she tells of seeing a dead dog hanging from a fence, its throat had been slit by a farmer or shepherd after it threatened some chickens. Reynolds, who’s African-American, also notes that she never got used to the stares that she received at the market from white locals. When Umberto was offered a temporary job at Harvard, Reynolds bought an apartment in Boston—which, of course, led to other building projects.

A worthy, if sometimes-rambling, read that will appeal to those who may be thinking about a remodel of their own.