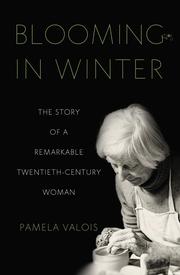 The Story of a Remarkable Twentieth-Century Woman

A biography focuses on a venerable woman who left her mark on Berkeley, California.

“Where did Jacomena Adriana van Huizen come from, and how did she become Jackie Maybeck?” Valois asks before launching into her story about the life of her close friend and sometime landlord. Born to Dutch immigrants, van Huizen arrived in California as a young child at the tail end of the gold rush, and her parents fell in love with the countryside east of Berkeley. The family became friendly with the Maybecks, introducing van Huizen to her future husband, Wallen, and future father-in-law, Bernard, a visionary architect who designed more than 150 distinctive buildings in the area. The Maybeck clan would rotate between Bernard’s different houses as it weathered cultural shifts, the Depression, and wars—with Jackie Maybeck and her husband eventually creating their own street named for their daughters: “Maybeck Twin Drive.” Valois documents every move, property, and mood of her subject throughout these changes, leading up to the moment that the author herself met Maybeck as a warm, welcoming widow devoted to art and her family’s properties: “My chore is the hill. I feel that I am the last of the Maybecks.” Valois’ careful selection of quotes from Maybeck’s contradictory, “Rashomon-like” diaries are deployed to great effect, furthering the vision of a charming woman anyone would love to know. (Most intriguing are the author’s interpretations of Maybeck’s lengthy story “Journey: Small Adventure” as a thinly disguised autofiction about time spent in Europe after World War II.) Valois is overly concerned with the details of who lived where and when at times, to the detriment of her biography’s main strength: the familial communities centered on Maybeck and her Berkeley homes. But the author’s deep respect for the woman shines through on every page. In the end, the account feels like a nostalgic conversation about a deeply loved, mutual friend.

An engaging and detailed portrait of a 20th-century woman and the communities she tended.