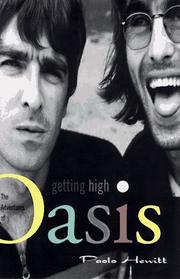 The Adventures of Oasis

A little over 30 years ago, England gave the world the Kinks— a band founded by two brothers who couldn't stand each other. Now England has given us Oasis, led by Noel and Liam Gallagher, who are equally belligerent if not slightly more complex. Hewitt tracks the band's history from the Gallaghers' childhood in Manchester with a sadistic father (he begrudged them even Christmas gifts, according to his wife), countless soccer matches, and petty crime, to overnight success, the downside of fame, and mounds of cocaine and oceans of alcohol. While Hewitt's treatment of Oasis is innovatively nonlinear, bouncing back and forth between 1960s Manchester and 1990s London and concerts (Hewitt accompanied the band on tour), and he writes in the colorful vernacular of the Gallaghers' hometown, his preference for Noel is obvious. The reader gets the impression that the guitarist/songwriter is a reborn Coleridge—equal parts Romantic poet and drug devotee—while his brother, singer Liam, is unwashed and downright simian. But as Hewitt demonstrates, the two found each other indispensable—they alternately stormed out of the band only to return. Hewitt has a very strong sense of Oasis's roots- -probably from having written Beat Concerto: The Story of the Jam (not reviewed), on one of Noel's primary influences. And Getting High is at its best when recounting such serendipitous events as Noel meeting the only displaced Irishman from northern England more famous than himself—Paul McCartney. However, his lax treatment of Oasis's drug use smacks of tacit approval; Hewitt could have been equally descriptive without glamorizing the Gallaghers' lapses. Still, Hewitt finally proves his thesis that ``if Oasis was just Liam, they would never have been signed, they would have threatened to self destruct. If Oasis was just Noel, they would have never reached the heights they have.'' (16 pages photos, not seen)