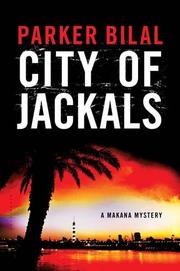 One missing student from South Sudan is a puzzle; a second South Sudanese student found decapitated points to something altogether more disturbing.

December 2005. The Hafiz family hires veteran Egyptian private investigator Makana to investigate the sudden disappearance of their son Mourad, a university student. Mourad has chosen to go into engineering rather than taking over the family’s once-renowned restaurant, The Verdi Gardens, now past its prime. Mrs. Hafiz admits to Makana that they see Mourad rarely, and none of the family has any idea where he could be. The unconventional Makana, who lives on a boat, has become a friend and mentor to Aziza, the teenage daughter of his landlady. As he and Aziza walk by the river, a fisherman comes ashore with a severed head he’s found. This discovery provides Makana the opportunity to question his friend Okasha, a police detective, about his own new case and hear Okasha’s concern for the loneliness of Makana, who’s still haunted by his wife’s death more than a decade ago. With no real leads, the investigation proceeds slowly, though Makana learns from Mourad’s roommate, Abdelhadi, that he kept late hours and was disdainful of religions. Makana finds himself drawn to the victim dredged from the river. He visits the coroner, Doctor Siham, who has concluded that the victim, who was tortured, was of Mundari ethnicity, just like Mourad—and indeed like Makana. Could the mysteries be related?

This fifth case for Makana (The Burning Gates, 2015, etc.) again deftly wraps a whodunit around an eloquent, character-driven look at recent history.