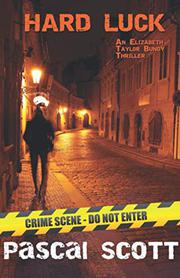 In this novella, a lesbian ex-con enlists two co-conspirators in a multimillion-dollar heist only to find that there is little honor among thieves, even when they are lovers.

Elizabeth Taylor Bundy, sentenced to six years in prison for voluntary manslaughter, has finally been released to finish her time doing community service at the Omega Foundation, a halfway house in San Francisco. Omega’s founder, warden, and life coach is Billy Brandt, a Vietnam veteran and ex-junkie who runs the program with a fanatic zeal that frequently crosses the line into abuse. Nonetheless, Elizabeth is determined to keep her nose clean long enough to gain her independence and lay the groundwork for one last criminal enterprise: robbing a Brink’s armored truck of over seven million worn-out dollars destined to be destroyed in a federal facility in San Francisco. Her ace in the hole for the venture is Mickie Forrest, a Brink’s driver who had once been her foster sister. But before it is even set in motion, Elizabeth’s foolproof plan begins to unravel as complications quickly pile up. First, she finds herself in bed with Mickie’s girlfriend, Denise, a charmingly amoral young woman with a “get-you-in-trouble look in her big brown eyes.” Second, Billy’s mental state goes off the rails, making Elizabeth more vulnerable than ever. And vulnerability makes Elizabeth dangerous. Scott’s (Hard Limits, 2019, etc.) second thriller set in San Francisco’s lesbian community takes an unusual tack for a fictional series, switching the focus to the continuing career of the villain of the previous book. The character of Elizabeth is skillfully drawn to be both sympathetic and slightly repellent: She is a damaged girl who has grown into a ruthless woman. The suspenseful plot packs a lot of twists and turns into a short, tightly paced narrative and delivers more than one actual surprise as Elizabeth scrambles to save both her life and her booty. Some readers may find the depiction of lesbian callousness and criminality to be distasteful. But the work rings true within its noir genre even if a deus ex machina, in the form of Elizabeth’s opportune friendship with the daughter of a Mexican drug lord, strains credulity.

An absorbing thriller about crime and betrayal featuring a lesbian antihero with a knack for overcoming her hard luck.