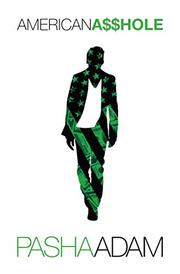 A bored office worker moves to Los Angeles and tries to make it big with a bizarre crowdfunding campaign in Adam’s debut novel.

River Conway is a 29-year-old aspiring singer and actor whose dreams have been sidelined. After he and his girlfriend, Alana, graduated from New York University’s Tisch School of the Arts, they moved to Arizona to care for her ailing father. Seven long years later, they’re still there; River is working a dead-end job and worries that it’s too late for him to break into the entertainment industry. Alana donates $10,000 to her celebrity crush’s crowdfunding campaign, and she and River are invited to his party in LA. There, River is inspired to launch a campaign of his own. Although his mother always told him that he was born for greatness (“Why else would an honest, salt of the earth, lower middle class couple from Who Cares, Ohio, name their son River?”), he decides to start “Save an A$$hole,” asking donors to help him leave behind a lifestyle that they wouldn’t want to live themselves. Soon, River has second thoughts and deletes the campaign, but then Alana surprisingly offers to move to LA with him. In Hollywood, her rapid-fire networking lands her a role on a sitcom, and River resorts to relaunching his crowdfund concept. He’s soon contacted by a TV comedy channel that wants to film the last days of the campaign as a telethon. River agrees, and the resulting media sensation and scathing headlines (“Douchebag Becomes Millionaire For No Reason, Nation Weeps”) lead to an exploitative reality show that takes him down an uncertain path. Adam has written a wickedly funny, timely satire, full of piercing jabs at Hollywood and crystal-clear characterizations of brain-dead, disingenuous LA denizens. The fact that River is Tisch-trained but still becomes the chief flake of the moment is amusing, and it shows the push-and-pull relationship that members of River’s generation have with industries that simultaneously seduce and repulse them. The scenarios are wild, but the novel does well to wonder if people obsessed with popular culture can survive in LA without descending into tragicomedy. The ending is a bit neat, but Adam’s tight prose and perfect timing make the story as a whole both playful and gratifying.

A sharp contemporary satire that lovingly confronts the raucous realities of Hollywood, the internet, and the media.