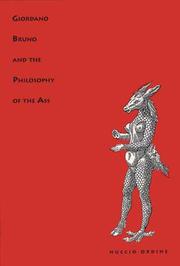 This guide to the declining centuries of the Roman military is handy for scholars but sometimes rough going for the general reader. Southern and Dixon (both scholars at the Univ. of Newcastle upon Tyne) show an impressive command of the texts and artifacts documenting the transformation of the Roman army from the late second to the early sixth centuries. The authors synthesize past findings, summarize debates, and contribute their own opinions in a manner useful to serious students of the period. However, the book almost seems designed to ward off casual visitors. Chapter One deals with sources—an undramatic way to begin. The next two chapters cover loosely connected topics: predecessors of the military reformers Diocletian and Constantine; changing frontier troop levels; the establishment of a central field reserve; the increasing number of barbarians drawn into the army. Missing are a coherent overview of the period and sufficient historical context to orient the lay reader; timelines and a glossary help but are not enough. The book's remaining chapters are more accessible, even fun. Under such headings as ``Equipment'' and ``Fortifications,'' they offer concrete specifics and eye-catching illustrations on such matters as helmets, scabbards, rations, and the practice of cutting off one's own fingers to avoid the draft. Technical details are provided for specialists, while the armchair Romanist can enjoy learning just how fire darts and battering rams work. A chapter on the decline in army morale makes connections to 20th-century war; a short conclusion captures some of the pathos inherent in Gibbon's old subject matter. The generally dry style exhibits flashes of wit, as in this wry comment regarding ancient bureaucratic correspondences: ``How the Romans would have loved telephones.'' (line drawings, maps, 16 pages b&w photos)