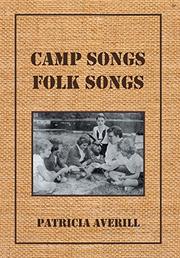 A folkloric analysis of the song repertoire of American summer camps from the 1950s through the ’70s.
This volume originated in the ’70s as a manuscript, written when the author was a recent graduate from the University of Pennsylvania, with a doctorate in American studies and a concentration in folklore. Although her career ultimately led her away from academia, she has decided to publish it to show what she calls “a tradition in its final flowering”: the American tradition of summer-camp songs. She divides the book into five sections: “Folklore,” “Age Group Influences on Repertoire,” “Camp Philosophy Influences on Repertoire,” “Gender Influences on Repertoire” and “Midwestern Influences on Repertoire.” She also includes photographs, an extensive list of participants, archives, camps and references, and the publishing histories of the 19 songs she uses as case studies. The chapters discuss the songs’ use of humor, how children acquire language from songs (and develop motor skills, for songs that use gestures), musical styles, and other concepts. Each chapter looks specifically at one song that illustrates a theme, along with variant lyrics, but not, surprisingly and disappointingly, the sheet music. That said, Averill provides a treasure trove of raw data about American summer-camp music in the mid-20th century, and she effectively illustrates how the songs moved seamlessly between musical genres. She points out the influences of 19th century religious “camp” revivalism, European immigrants and their tradition of communal singing, the songs of Tin Pan Alley and World War I, and the folk revival of the 1960s. The book also demonstrates how singing was used to foster communal feelings among campers; at other times, it allowed them to express subversive humor, thus pushing adolescent boundaries. However, much of the information in this book is provided in haphazard order, regardless of relevance. As a result, although the author certainly knows her folklore, some of the discussions may be difficult for laymen to follow, as larger themes often get lost in a shuffle of names and references that may mean little to casual readers. (A minimal index is available, but on a separate website.)
A dense resource that may be most useful for folklorists, folk-music scholars, and historians of Americana.