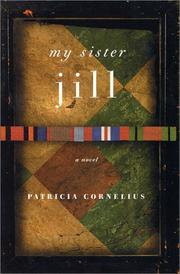 Lugubrious debut about life in a large unhappy Australian family during the 1950s and ’60s.

The Wheatleys may not be the best premise on which to hang a tale. The problem boils down, basically, to Jack Wheatley, who was a POW in WWII and never got over the trauma of it. His wife Martha and six children are happiest when he’s away—and, fortunately for them, he spends most of his spare time at the pub, rarely coming home until late at night. By this time, he is invariably drunk and abusive, taking out his frustrations on whoever happens to be around. Martha has grown so accustomed to Jack’s fits of temper that she barely notices the effect they have on the children, and it’s eldest daughter Jill who tries to stand up for her brothers and sisters. Still, most of the Wheatley children—far from hating Jack—simultaneously fear and worship their father. Daughter Christine tries constantly to get him to tell her tales of the war, and even Jill feels that Jack has somehow, through his troubled past, earned the right to be a lout. As the children grow up and begin to take their first steps into the adult world, however, they’re all haunted by their unhappy childhoods and find themselves ill-at-ease in a larger world, which they fear as much as they did their own home. Jill’s brother Johnnie begins to run around with a gang, and other brother Matthew is drafted into the Australian army during Vietnam. Eventually, in a typical gesture, Jack throws the teenaged Jill out of the house for coming home late one night. For her, it’s a blessing, since it forces her to start life on her own.

The Brady Bunch gone bad: a rambling story, however sad its premise, in which very little actually happens.