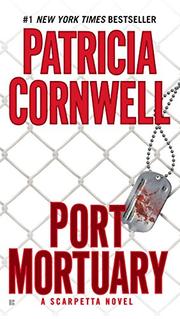 Quite a homecoming for Dr. Kay Scarpetta after her six months at Dover Air Force Base—a corpse back in Cambridge that seems to have been locked away in a mortuary still alive.

The man who died a block from Scarpetta’s home in Norton’s Woods is surrounded by mystery. No one knows his name, how he was killed, whether he died of natural causes or who installed the tiny audio receivers in his headphones and why. The most baffling mystery, however, is why, after collapsing and dying without shedding a drop of blood, he began to bleed hours after being placed in a drawer at the Cambridge Forensic Center. The answer to this riddle, which will plunge Scarpetta up to her elbows in another memorable postmortem investigation, will connect the unknown man to two other murder victims—a star college quarterback and a 6-year-old boy—and to three recent victims of roadside Afghanistan bombs whose memory she thought she’d left behind in Dover. And the connection, some wickedly cutting-edge work in robotics and nanotechnology, gives Scarpetta the chance to interrupt her ongoing quarrels with her posse—her anti-authority niece Lucy, her ex-profiler husband Benton Wesley, her investigator Pete Marino—and show how much she knows about absolutely everything.

“While this is a work of fiction, it is not science fiction,” Cornwell announces in a preliminary note. Well, maybe. Though it has little feeling for its new characters and shows the regulars wallowing in complications instead of developing them, there’s less of the fulsome self-mythologizing that drove The Scarpetta Factor (2009).