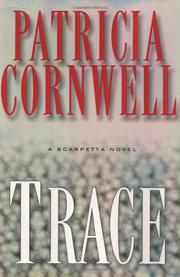 Five years after getting eased out in a nasty political brawl, Dr. Kay Scarpetta (Blow Fly, 2003, etc.) is back in Richmond to battle still another monstrous killer.

Virginia’s newly appointed Chief Medical Examiner, Dr. Joel Marcus, hasn’t a clue why 14-year-old Gilly Paulsson died. Gilly’s flu had been responding to antibiotics, and the CME’s office can find no apparent cause of death. So Marcus calls Scarpetta back from Florida, where she works with her niece Lucy Farinelli’s security firm—ostensibly to consult with her, but actually to criticize and humble her. Tempers flare from the moment Scarpetta shows up with mouthy ex–Richmond cop Pete Marino in tow. But the battle really heats up with the news that the body of Theodore Whitby, a construction worker accidentally killed in the demolition of the old CME building, is marked by the same trace evidence as Gilly Paulsson, who died in bed miles away. Scarpetta must have contaminated one of the bodies, Dr. Marcus insists, because what else could the two cases have in common? Plenty, as readers will know if they’ve been following the dark doings of sickly Edgar Allan Pogue that Cornwell’s planted along with half a dozen other grisly subplots.