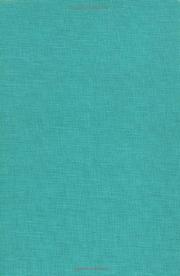 Whoever shot the latest unidentified female victim Dr. Kay Scarpetta's called out to examine—whoever cut off her head, dismembered her, and bagged her torso for disposal in a Virginia landfill—may have been doing her a favor. Though Virginia's chief medical examiner doesn't realize it until she's called out to an even more horrific death scene—an inoffensive old woman on Tangier Island who seems to have died of smallpox—the earlier victim had signs of the same ravaging illness, supposedly eradicated in 1977. The violence to the first victim, and the care taken to conceal her identity, would point to murder even if Scarpetta hadn't started to get sinister computer messages from somebody called ``deadoc,'' who soon goes on to order the President: ``apologize if not i will start on france'' [sic]. Arrayed against deadoc are the Richmond homicide squad (headed by Scarpetta's old friend Capt. Pete Marino), the Virginia State Police, the FBI (including Scarpetta's on-again lover Benton Wesley and her niece Lucy), the Center for Disease Control, and the US Army Medical Research Institute of Infectious Diseases. But in true Cornwell fashion, the good guys are their own worst enemies: The state cops and the FBI are mired in turf wars; a slick state investigator's determined to arrest the wrong perp and smear Lucy for an old lesbian affair; the USAMRIID, woefully underfunded, has furloughed so many unessential employees that there's hardly a nurse to care for Scarpetta when she comes down with a fever she can only pray isn't smallpox. Cornwell's tenth (Hornet's Nest, 1997, etc.) shows her bestselling formula—in-your-face forensics, computer terrorism, agency infighting, soap-opera romance, penny-dreadful villain- -wearing a little thin. But fans, swept up in a fever of their own, won't care a bit. (First printing of 1,000,000; Literary Guild/Mystery Guild main selection; $750,000 ad/promo)