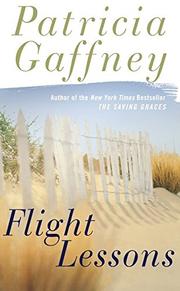 In her third hardcover outing, Gaffney struggles to tackle the unforgiving claims of family as an estranged young woman reluctantly moves back home.

Not as masterfully plotted as her first (The Saving Graces, 1999), Gaffney’s tale still ably details encounters between friends, relatives, and co-workers that help carry the story and mood. When 36-year-old Anna finds her lover in bed with another woman, she decides she has no choice but to accept her aunt Rose’s invitation to help her run the family restaurant, Bella Sorella, on Maryland’s eastern shore. Anna’ s mother Lily died when she was a teenager, and she had once been especially close to Rose, her mother’s sister, but in college she caught Rose and her father Paul in bed. Having suspected that they were lovers even when her mother was still alive, a hurt and angry Anna refused to accept Rose’s explanations and spent the next decade or so in a series of failed relationships. Now back home, she declares she will stay only long enough to get the restaurant Rose owns back on its feet. As she assiduously avoids talking about the past, she begins making the improvements the restaurant needs, learns that Rose is in love with ailing Theo, a fisherman, and meets his stepson Mason, a former lawyer turned bird photographer. Although Mason’s face and body are badly scarred, Anna finds herself attracted to him, but she can’t let go of the past and isn’t ready to trust him—or Rose. Mason also has secrets and anxieties—he suffers from panic attacks and hates flying, for instance—but this is a story that celebrates learning how to forget and to forgive. And so, while a creaky plot device (a fire) adds some tension, Anna finds herself ready to stay home and stop running.