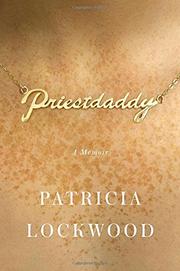 A noted young poet unexpectedly boomerangs back into her parents’ home and transforms the return into a richly textured story of an unconventional family and life.

After Lockwood (Motherland Fatherland Homelandsexuals, 2014, etc.) discovered that her journalist husband, Jason, needed lens replacements in both his eyes, the pair “[threw themselves] on the mercy of the church.” This meant going to Kansas City to live with her mother and eccentric father, an ex-Navy man and former Lutheran minister–turned–deer-hunting, guitar-wielding Catholic priest. For the next eight months, Lockwood and Jason, who had met online when both were 19 and begun their peripatetic married life not long afterward, found they were like “babies in limbo”: dependent on parents after 10 years of living on their own. Throughout, Lockwood interweaves a narrative of those eight months with memories of her childhood and adolescence. Though not always occupying center stage, her father is always at the heart of the book. The author describes her “priestdaddy’s” penchant for creating “armageddon” with the guitar, which he treated like some illicit lover by practicing it “behind half-closed doors.” At the same time, she confesses her own uncomfortable proximity to church pedophile scandals and clerics that had been forced to resign. Lockwood treats other figures—like the mother who wanted to call the police after discovering semen on a Nashville hotel bed and the virgin seminarian “haunted by the concept [of milfs]”—with a wickedly hilarious mix of love and scorn. Yet belying the unapologetically raunchy humor is a profound seriousness. Episodes that trace the darker parts of Lockwood’s life—such as a Tylenol-fueled teenage suicide attempt; her father’s arrest at an abortion clinic sit-in; and origins of the disease and sterility that would become her family’s “crosses” to bear—are especially moving. Funny, tender, and profane, Lockwood’s complex story moves with lyrical ease between comedy and tragedy as it explores issues of identity, religion, belonging, and love.