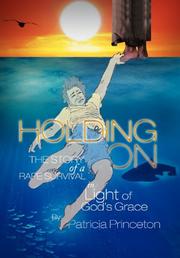 A harrowing memoir of abduction and sexual assault—and the eventual peace of spirituality.

In her debut, Princeton describes how a chance encounter in 1983 forever changed her life. At the time, she was an admittedly meek elementary school art teacher. When  a man in line at the drugstore struck up a conversation with her, she thought it was just the innocent flirtation of a harmless stranger. Several weeks later, right before the Thanksgiving holiday, the same man showed up at her front door. What followed was the worst experience of Princeton’s life, as the man held her captive in her home and repeatedly assaulted her physically, sexually and psychologically, and the author courageously recreates the ordeal in unflinching detail. Princeton managed to escape, but the trauma, and the fear that came from knowing her captor was still on the loose, left her an anxious wreck. Eventually, the man was caught and sent to jail but Princeton struggled for years to get her life back on track. She finally found solace in God, and came to see her abduction not as an affliction, but as a difficult experience that a higher power helped her navigate safely. According to the dedication, she wrote this book to assure women in similar situations that they aren’t alone and that recovery is possible. She intersperses her personal narrative with quotes from the Bible, from which she’s drawn strength while reflecting on her experience. Her recovery took decades, but by the end of the book, it’s clear that Princeton has become the woman she always aspired to be. Readers may wish that some later sections provided more specific detail, particularly regarding the court trial and Princeton’s long road to recovery, but this does little to diminish the book’s overall power.

Victims of trauma are likely to gain strength from Princeton’s brave account.