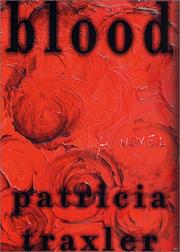 Poet and storyteller Traxler packs the heroine of her first novel off to Cambridge for a fellowship whose turbulent course will be anything but academic.

All her life, from her childhood with her widowed mother in Santa Monica to her work as the head of the Aperçu Press’s design department, Honora Blume’s painting has taken a backseat to something else. Now that she’s approaching midlife, her yearlong appointment as a Larkin fellow at Radcliffe has finally made it possible for her to spend the days at the Larkin center with other gifted women and her nights in her Brattle Street apartment painting. For better or worse, she’ll also be close to Michael Sullivan, a rising author for whose novel she provided the cover illustration—and with whom she’s been carrying on a secret romance for over a year. Norrie’s continuing affair with Michael, who insists that he’s going to tell his investment-banker wife of 25 years that he’s leaving her and their two teenaged children as soon as the time is right, offers both inspiration for and distraction from her painting, which Traxler details with darkly glowing precision. But despite her passionate, imaginatively varied interludes with Michael—presented in equally absorbing detail—it’s her Larkin neighbors in Brattle Street, especially Chilean journalist Clara Brava and Nobel Prize nominee Devi Bhujander, who’ll have the decisive impact on her. Early hints of violent death to come insure a frisson whenever there’s a rustling at the door, and Norrie wonders whether it’s the men responsible for a rash of burglaries or the clinging-vine Clara, who may be even more dangerous.

For all these dire portents, Traxler conscientiously prevents the hints of full-throated melodrama from ever taking flight. Her deeper evocation of the ecstatic waking nightmare of love, friendship, and artistic creation, however, rings true to the end.