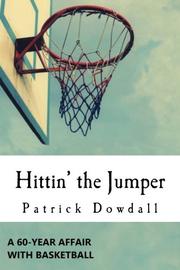 A 60-Year Affair with Basketball

Dowdall recounts a lifetime of amateur basketball in this debut sports memoir.

Born and raised in small-town Montana, Dowdall was the son of a basketball coach who introduced him to the sport in the 1950s, when the author was just 3 years old. So began a lifetime love of the game. Though he never performed at the professional or even collegiate level, Dowdall has consistently played basketball throughout his life and hopes to keep at it for as long as he can: “I have played through many stages of my life, and the circumstances of each necessarily had some impact on my playing. I’ve progressed from being the youngest on the court to the oldest on the court.” This book represents a treasury of stories from Dowdall’s decades of play, from participating in high school games and rec leagues to coaching youth basketball and finally competing in the Over The Hill pickup group. Dowdall not only tracks his own life via his long relationship with the sport, but also charts the rise of basketball as a new American pastime, enjoyed by people of all ages and skill levels, in games both formal and casual, from elementary school gymnasiums to the White House itself. (Dowdall refers to Barack Obama as “our first basketball president.”) The author is a natural raconteur, and his ability to recall the details of games, locations, people, and rivalries from yesteryear provides a colorful bed of specificity. Though occasionally nap-inducing in that charming way that sports minutiae can often be, many of the stories are quite entertaining and artfully constructed. Dowdall frequently builds them around the other competitors on various teams, their personalities, and career trajectories—from pro players in Belgium to future Democratic nominees for governor—providing a human lens through which to view the sport. One might be incredulous that a memoir by a basketball nobody could be of general interest, but Dowdall represents the perfect Everyman baller, intimate with the sport not at its heights but at its grass roots. Sixty years on, he’s still excited just to be out on the court.

An endearing recollection of one man’s long career in basketball.