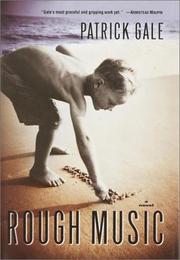 In his richly rewarding ninth novel, British author Gale (Tree Surgery for Beginners, 1994, etc.) leaves behind the comedy on which he’s built a reputation to explore how secrets, betrayals, and missed connections come close to tearing a family apart.

From the powerful opening image of a woman feeling the ocean suck the sand from beneath her feet, Gale intertwines two plots concerning the same family and taking place in the same beach cottage 30-odd years apart. In the 1960s, eight-year-old Julian Pagett and his gently inhibited parents go to Cornwall for a vacation that begins with great promise but spirals out of control with the arrival from America of the boy’s uncle and cousin. In the contemporary story, Julian has evolved into Will, a 40-year-old bookstore owner having an affair with his sister’s husband. For his birthday, Will’s unsuspecting sister gives him a vacation in Cornwall. Will brings along his parents, stoic John and gutsy Frances, who is slowly succumbing to Alzheimer’s. Frances is a remarkable creation full of emotional nooks and crannies, whether as a young, rather proper British matron discovering her sexuality, or as a grandmother who sees the world she inhabits with cruel clarity despite her failing memory. John too is drawn with nuanced delicacy, particularly his inability to express the intense love he feels for Frances with the abandon they both crave. Will’s story is less compelling, his romance with a mysterious stranger predictable and too neatly settled. But, overall, Gale uses detail—a lunch of fish and chips on a pier, a moment of intimacy seen by mistake through a half-open door—to build a palpable sense of regret and emotional urgency. His treatment of issues like Alzheimer’s and gay love rises above the trendy and politically correct; his characters are so imperfect they are impossible not to love.

If Oprah takes British writers, this is a shoo-in.