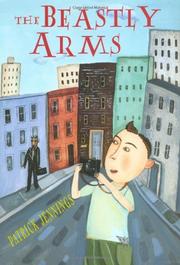 Nickel is a sixth-grader so attuned to animals that he sees them everywhere: first in the clouds—where the mutable shapes in the sky become camels, kangaroos, musk-oxen, and hares—and then in the people he meets in his city, recognizing in each an animal in disguise, bipedal like Miriam, his companion kangaroo rat. Nickel’s concentration is all for the revealing of these animals, with little left for the world itself. His best friend, down-to-earth Inez, tolerantly calls him a bush baby and the image of those big eyes suits Nickel’s observant character. He photographs the clouds and develops the pictures in the darkroom of the college where his mother teaches. The process of capturing and bringing to light pictures on film is carefully, gracefully detailed, and sets the pace for a novel full of revelations and dream-like encounters. The arc of the story is drawn by Nickel’s desire to uncover the mystery of The Beastly Arms and its odd landlord, Julius Beastly. Nickel discovers the Beastly Arms while apartment hunting with his mother. Mr. Beastly is so eager to have them as tenants that he paints the front door and appears in a suit for their return visit to the building. He sets the rent so low that—given what Nickel and his mother both recognize as the man’s essentially benign demeanor, and in spite of the place’s persistent smell of animal dung—they can’t refuse. When Nickel uncovers the mystery, it is less a surprise to the reader than a kind of enchantment: The building is Mr. Beastly’s sanctuary for hundreds of the wild creatures who once lived in the spaces the city now occupies—rooms and rooms filled with small animals (“mice . . . voles, shrews, ferrets, gophers and moles”), along with opossums, foxes, bats, and an owl or two. Mr. Beastly recognizes in Nickel a kindred spirit and enlists him as an apprentice caretaker for his wild charges. Beastly begins to reconnect with the world of humans while bestowing on Nickel a real connection to wild creatures in this richly imagined kind-hearted novel. (Fiction. 10-14)