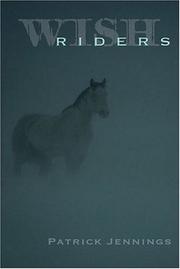 Once again, Jennings offers an odd amalgam of historical fiction (set in Depression times) and fantasy. Unfortunately, the fantastic elements are not well integrated, while realistic ones threaten to overwhelm the flow of the story. Edith, 15, known as Dusty, has been abandoned and now lives and works in an isolated logging camp. Desperate to escape, she finds a most unusual method when she discovers a horse made of moss and plants. When more such horses appear, she takes it as a sign that some of the other children there are also meant to leave. Five of them take off on a harrowing journey through mostly uninhabited woods. A brief sojourn with a wild woods-woman teaches them survival skills, but also seems to threaten their emotional survival. Additional details include a mild romance that turns sour, the impregnation of two characters by Dusty’s adoptive father, the discovery of the suicide of the mother of one of Dusty’s companions and the revelation that Dusty’s father made sexual advances to her before abandoning her. Well-written but overwrought. (Fiction. 12-14)