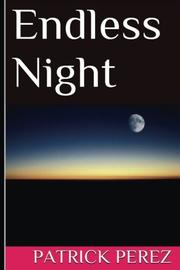 In this debut fantasy novel, an awkward boy unexpectedly becomes a warrior when called to save another world.

Lloyd’s seemingly illogical fears are realized when a wolf takes him out of his comfortable, modern world and places him in another plane of existence. In this new world, the King of Light, who just passed away, told his Emissaries that a boy from another realm would save them from the dark one, a fallen angel named Mar (known as the devil in Lloyd’s world). As Lloyd soon learns, he is that boy. Although Sonya desires to follow in the footsteps of her father, Zapphra, the youngest of the Emissaries, he has sheltered her from his dangerous life as a warrior ever since her mother’s death. But, given the task of preparing Lloyd for the looming war, Zapphra decides it’s time to train both Lloyd and Sonya as warriors, and that includes giving them his ancient, deadly family weapons—bracelets that give the wearer deadly talons in combat. With Lloyd and Sonya on their way to being prepared for war, Zapphra learns that his brother Jericho has returned from the dead to do Mar’s bidding. That means a new, even greater battle is on the horizon. Perez’s debut novel, the first in a planned series, builds on biblical stories that will appeal to Christian readers, but multidimensional characters, an engaging story and references to other mythologies will appeal to readers of all faiths. Some readers may find the amount of killing distasteful—many characters are assassins—yet that deadliness affords plenty of opportunities for beautifully complex character development, particularly in Skazi, a young ex-pirate looking to overcome a dark past. Harry Potter fans who longed for a hero more like Neville Longbottom will be anxious to see the likable Lloyd grow.

THE LION, THE WITCH AND THE WARDROBE
by C.S. Lewis
Children