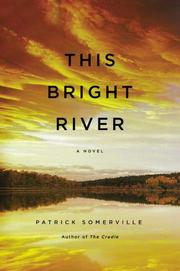 Past misdeeds afflict generations of a wealthy Midwestern family.

Somerville’s latest concerns Ben Hanson, who, after several years out west wasting a fortune and serving a short prison term, returns to his small hometown of St. Helens, Wis. Ben’s Uncle Denny has died, and he has accepted his wealthy parents’ offer to fix up and occupy the house until it sells. Whereas the archetypal drifter is amoral, Ben is the postmodern type, crippled by self-awareness, paralyzed by the damage existence inevitably causes. What Ben has, and apparently needs, is an opportunity to babysit himself. Haunted by his cousin Wayne’s death that may or may not have been suicide, determined to learn Wayne’s secret, Ben is unable to name the larger conflict that makes his life a sequence of failures he cannot even dignify as attempts. Ben seeks out Lauren Sheehan, a girl he may or may not have had a crush on in high school. But Laura has suffered in the interim, and their courtship is inevitable if halting. While Ben is the protagonist, the narrative baton is passed between several principals. Somerville lets his characters talk and talk: The idioms of the tedious are captured with remarkable fidelity. But even the most patient reader may tire as these inarticulate souls tangle with their complicated feelings. It becomes a matter of taste: How do we react to overhearing a conversation while trapped on public transportation? Do we want to interrupt, to knock in some sense or offer advice, or do we listen, by turns angered and fascinated by tragedies only halfheartedly avoided?

A provoking book: The reader will not escape untouched.