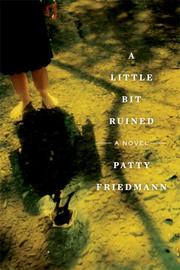 The heroine of Eleanor Rushing (1999) remains an unreliable, possibly delusional narrator, but Hurricane Katrina forces her to come to terms with reality and change.

In her hometown of New Orleans during the summer of 2005, Eleanor whiles away the hours watching reality TV shows featuring reconstructive surgery, a preoccupation seemingly fueled by ongoing ambiguity about her parents’ deaths. Eleanor contends that they died in a plane crash, but her family’s housekeeper, Naomi—still an important force in her life—says it was a car crash, which also gave Eleanor a scar that she claims not to be able to see. Men too are a complicated force in Eleanor’s world. She’s still in love with preacher Maxim Walters, but she hasn’t spoken to him in seven years; she’s waiting for his wife to die. Meanwhile, after her sometime suitor Theo introduces them at a benefit, she becomes infatuated with plastic surgeon Dr. Richard Kimball. Richard agrees to fix up Eleanor’s face, but she isn’t satisfied and wants work on her breasts, plus liposuction on her hips and thighs. When Hurricane Katrina hits, most of Eleanor’s acquaintances evacuate, but she is determined to stay, making a dangerous trek to Naomi’s shotgun house in the largely black neighborhood known as Pigeontown. Diabetic neighbor Miss Leona comes to stay with them and has a medical emergency, which is enough to propel Eleanor into action. With Miss Leona’s best interests theoretically in mind, she tracks down Richard in Houston, where she spends most of her time convincing him to perform more surgery on her. This time, though, she isn’t happy with the results, considering herself as ruined as her beloved hometown.

The line between fact and fiction in Eleanor’s world is annoyingly blurred, but her oddball escapades help Friedmann poignantly portray New Orleans’ desperation.