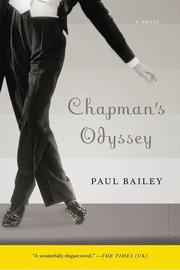 An ailing novelist and actor tangles with the ghosts of parents, past lovers and a host of literary heroes.

Seventy-year-old Harry Chapman, the hero of the latest novel by the Booker-nominated Bailey (Uncle Rudolf, 2004, etc.), is fading in and out of consciousness in a London hospital with an abdominal ailment. Outwardly, he cheerily banters with nurses and doctors, impressing them with his recitations of Shakespeare and classical poets. Inwardly, though, his mind is a storm of judgmental voices fighting to be heard—the loudest of which comes from his late mother, a harridan with a constant supply of reasons why he never quite measured up. She has plenty of company: his shellshocked war-vet father, boyhood friends and male lovers both long-running and short-term. Also claiming the stage—and enlivening this relatively static story—are a host of literary characters and cultural figures, from Fred Astaire to Jane Austen’s Emma Woodhouse to Charles Dickens’ Pip to Herman Melville’s Bartleby to Dostoevsky’s Prince Myshkin. Each brings a unique voice to the brief scenes in which they appear, though they all serve to exemplify Harry’s long struggle to rise above his lower-class station. There are flashes of humor in the story, as when a fellow patient arrives claiming to have stolen T.S. Eliot’s false teeth, and Harry himself is an appealing narrator, sage but unpretentious. But the book is also hobbled by the limitations of its setting—the episodic scenes never drift from his hospital bed for long, and the story moves so freely around his past that it picks up little forward momentum. Those famous literary characters, interesting as it is to confront them, swallow up Harry’s real-life relationships, softening his concluding revelations more than the author likely intended.

An entertaining conceit, if modestly executed: More a mash note to memory and literary culture than a full-bodied novel.