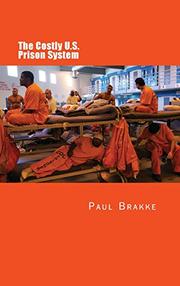 Too Costly in Dollars, National Prestige, and Lives

An analytical critique of the American prison system coupled with practical strategies to reduce incarceration rates.

The United States has more than 2 million prisoners, proportionately six times that of Europe. The financial costs of keeping so many behind bars are onerously high—$60 billion to $70 billion annually—and also impose steep costs on African-American and Latino communities, which are affected by the long-term absences of fathers, husbands, and providers. To make matters worse, Brakke (Fixing the U.S. Criminal Justice System, 2017, etc.) contends, such high incarceration rates don’t necessarily translate into fewer violent crimes, which occur at higher rates here than in Europe. The author begins his exploration of the problem by supplying a concise history of its origins: a nationwide uptick in crime in the 1960s and its sensationalist coverage by the media inspired politicians to hyperbolically demonstrate their toughness on crime. Even after violent crime diminished in the ’90s, the strong attitude of “public punitiveness” never fully abated. Brakke compares the prison system of the United States to several international alternatives as he looks into possible ways to reduce incarceration and recidivism. He also looks at places within the United States that have achieved some degree of success in these areas, such as New York City and the state of Oregon. The book provides a surfeit of practical solutions, including shifting the correctional emphasis from punishment to rehabilitation, curbing prosecutors’ zeal by converting their elected positions into appointments, and providing more job and literacy training to prisoners. Brakke covers much of this ground in his previous book on the criminal justice system, but the discussion of recidivism is much more extensive here, and the comparative study of prison systems is eye-opening. The author, who’s politically conservative, has a tendency to discuss liberals with too broad a partisan brush—a practice that belies the general empirical rigor of the book. Still, this is a remarkably comprehensive work given its brevity, argued with clarity and incisiveness.

An impressively synoptic introduction to a socio-economically significant problem.