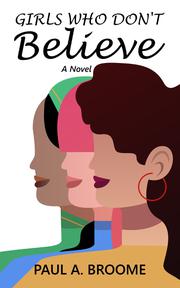 by Paul A, Broome

In Broome’s debut novel, a nonreligious young woman falls for a charismatic fundamentalist.

Nikki Lowe has been a public school biology teacher in Jackson, Mississippi, for three years, but she’s looking forward to a welcome change of pace: At summer’s end, she’ll start teaching literature at a small university. Her one remaining obligation is to attend a science education seminar, and although her friends tease her that she might meet the man of her dreams there, she laughs it off: “She wasn’t on the rebound after a wrenching breakup. She was neutral, which was to say, she was happy being alone.” However, she ends up meeting a handsome, poetry-quoting man named Cory Thomas at the conference. They hit it off wonderfully during subsequent dates, even after Nikki, who’s not religious, learns that Cory is a devout Christian. “What if he asks me to go to church?” she asks herself, coming to the conclusion that she can “just go through the motions like everyone else.” Things are complicated by the fact that Nikki just recently fought a long battle at her old school with a creationist faculty member who was told that “creationism is not science. It’s faith-based, and it belongs in church, not the state-supported classroom.” One of Nikki’s friends even says that “Christianity hates knowledge. Always has.” However, she sets aside her reservations when Cory invites her to become a nature counselor at Silverbridge, a summer camp that he runs for Christian girls. Nonetheless, plenty of drama ensues.

“I suppose the best description of someone like me is secular humanist, but I don't say that with a great degree of certainty,” Nikki tells the friendly family of Silverbridge’s groundskeeper. “I reserve the right to be spiritual. I love mystery.” Broome does a fine job of providing such mystery for her, and making it believable; he also convincingly portrays the protagonist’s subtle spiritual awakenings during her brief time at Silverbridge, as she teaches a group of young girls and learns about their problems and dreams. The book’s opening feints toward a fairly simple Christian-conversion plot quickly give way to something much more intriguing, as Nikki discovers darkness at Silverbridge. Broome has a smoothly natural narrative voice and a talent for conveying characters with a minimum of fuss and a maximum of believability. Even comparatively minor players—the friend who looks after Nikki’s dog while she’s away, the live-in girlfriend of Nikki’s aunt—are effectively brought to life. Intriguingly, Cory is the only character who never quite seems to ignite, but Nikki herself is such a well-turned figure that this fact isn’t sufficient to sink the book’s latter sections. Some of what unfolds in the second half of the book, which includes shocking violence, verges on excessive melodrama; indeed, that melodrama is a large part of what makes Cory unconvincing as a character. However, the story of Nikki’s development more than compensates for this, making for a compelling reading experience.

An often warm, if tonally inconsistent, work about finding inspiration where one least expects it.