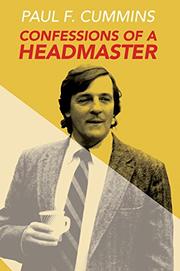 CONFESSIONS OF A HEADMASTER

The triumphs of a progressive educator.

In a book that is both a memoir and manifesto for education reform, Cummins (Two Americas, Two Educations, 2006, etc.) chronicles his remarkable career as a teacher, headmaster, and school founder. Though he was a mediocre high school student, the author was accepted to Stanford due to his impressive sports activities. “I was really ignorant,” he admits. “I didn’t read…I generally relied on Classic Comics when writing book reports on Dickens or Hemingway.” He thought little about his future, either, assuming he would join his father’s business. However, his classes in history and literature—and one course in particular, “Liberal Tradition in American History”—radically changed his perspective. “It was the intellectual equivalent of an earthquake,” he writes. Cummins began to question his parents’ political conservatism, revised his attitudes about social justice, and decided to become a teacher. Schools, he concluded, “seem to be the only place from which genuine reform can emanate.” Influenced by John Dewey, Jonathan Kozol, and Reinhold Niebuhr, Cummins enacted reform first in his own classrooms at several private high schools, and then, in 1971, at Crossroads, which he established in West Los Angeles. At first seen as a “hippie, progressive, artsy, flaky, unstructured, ‘liberal’ school,” Crossroads soon earned a reputation for rigorous academics. Its graduates, some who entered as underachieving students, were accepted into leading colleges. It also attracted the children of celebrities, who added glamour and talent to school events and fundraisers. Raising money, this book reveals, is Cummins’ forte. He not only found support for Crossroads, but also for the several other schools and foundations that he established: the New Roads School, Camino Nuevo Charter Academy, the New Visions Foundation (dedicated to creating racially and socially diverse schools), and P.S. Arts, a nonprofit focused on providing in-school arts experiences in public schools.

An inspiring memoir of a determined man committed to social change.