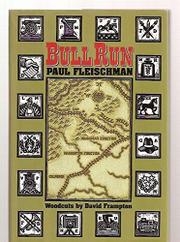 Using a montage of characters in the manner of Spoon River Anthology, a fine novelist and poet offers 60 vignettes from 16 contrasting individuals who describe experiences from Fort Sumter to Bull Run. Coming from both North and South in equal numbers, the narrators include a colonel and a general (the only historical figure here); a Mississippi slave who hopes the state of Virginia will offer a chance for her to escape her master and for a free black man who passes as white to join an Ohio regiment; a southern matriarch who prays for the survival of her daughters' husbands and a Minnesota Irish lass who, in the end, mourns the death of a brother who ran away to war to escape their abusive father; a fifer boy and a rough Arkansan who's in the cavalry because his passion is horses; a photojournalist; and an ironical coachman, who drives congressmen and their wives out from Washington to sip champagne and view the battle. Bringing a poet's skill to crafting a unique and believable voice for each, Fleischman selects telling incidents to reveal character and to evoke the early course of the war and its impact on ordinary people—some beginning with dreams of glory, all forced to endure the grim reality. He also suggests the possibility of staging the work or performing it as "readers' theater"—a demanding endeavor that could be well worth the effort. An unusual, compelling look at the meaning of war, the Civil War in particular. Maps and illustrations not seen. (Fiction. 10+)