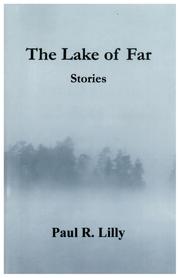 THE LAKE OF FAR: STORIES

In this strong collection of short stories tinged with uneasiness, regret or loss, characters grapple with making sense of things.

Nine of the 13 short stories were previously published in literary magazines; this is the first collection from essayist, writer and professor emeritus Lilly (Words in Search of Victims: The Achievement of Jerzy Kosinski, 1988). In the title story, Vic—an acquisitions librarian—has impulsively moved his wife and 11-year-old daughter from the Northeast to New Mexico, to a shoddy, vaguely threatening apartment complex with sketchy neighbors and a pack of unsupervised kids. Driving back alone one night, Vic hears a radio revivalist ranting about “the bad place, the Lake of Far, burning somewhere you can’t see.” The voice “unwind[s] its skein of signs, warnings, accounts not settled.” This mood of impending reckoning and the need to interpret signs characterizes many of the stories. In “Want Ad,” Ari is a rug salesman well-versed in the art of reading rugs’ patterns; “the temptation is to think rug-reading can rub off into other areas,” such as his own body. For example, he looks in the mirror and sees “inauspiciousness is written all over the face.” The haunting “Mother’s Milk” follows a troubled boy polishing his mother’s shoes, studying “different patterns”; in his father’s snowmobile shop, he arranges the track rollers in “special patterns on the cement floor.” In “The Pope’s Dream,” workmen repairing Michelangelo’s damaged Pietà “begin to read signs from the configuration of bone-fingers.” As for what these signs and patterns reveal, Lilly’s characters find few satisfying answers. One narrator, on regular visits to a wounded vet friend, says, “Each time I return to Ward E I try to force a change, break a pattern,” but in the end, he watches a crazy man in a jester’s hat shutting down traffic: “For some reason I want him to stop and talk. But I settle for just watching him escape.” Despite the air of regret, these stories resist cynicism and embrace several telling, humane moments.

SCOUTING FOR THE REAPER
by Jacob M Appel
Indie

WHAT SOME WOULD CALL LIES
by Rob Davidson
Indie