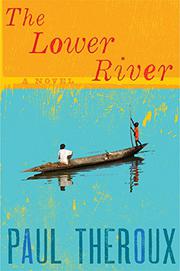 A joyful return to Africa turns into a nightmare for the elderly American protagonist of Theroux’s extraordinary novel.

As a young man, Ellis Hock loved teaching in Malawi for the Peace Corps, happiest years of his life. (Theroux did a hitch there; see his early novel Jungle Lovers.) Then he had to return to suburban Boston to run the men’s-clothing store he’d inherited. Thirty-five years later, the store and his marriage having failed, he returns to Malawi for a nostalgia-induced vacation. He’s warned on arrival that people are hungry and only want money, but he heads into the bush with a bagful of it, another mzungu (white man) who knows best. Malabo, the remote riverbank village where he’s remembered as the mzungu who helped build the school and clinic, gives him a warm welcome, but Hock’s disillusion sets in fast. The school is a ruin; the visiting doctor is a quack; AIDS is rampant; requests for money are constant. The villagers keep him under surveillance at the direction of the headman Manyenga, who is all smiles and lies. One bright spot is his reunion with Gala, the woman he loved, and the presence of her 16-year-old granddaughter Zizi, who waits on Hock and is fiercely loyal to him. The snakes, too, are a blessing. They terrify the villagers, but Hock handles them fearlessly, using them as protection once he realizes he is being held captive. He makes three escape attempts. The second takes him downriver into Mozambique. There Hock runs into a community of starving but deadly children and a food drop, horribly bungled by white Westerners; these scenes are devastating. All his escapes are foiled by the formidable Manyenga. The suspense is enriched by Theroux’s loving attention to local customs and his subversive insights. As Hock weakens in body and spirit, Zizi just grows stronger. Could she be his savior?

Theroux has recaptured the sweep and density of his 1981 masterpiece The Mosquito Coast. That’s some achievement.