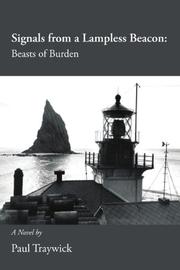 SIGNALS FROM A LAMPLESS BEACON

Traywick’s loose, episodic tale follows a sprawling cast of characters from World War II through the mid-1960s as their lives are changed or upended by the inscrutable workings of fate. At one focus is the family of Thomas Strikestraw, an Episcopal minister in a small North Carolina town who likes to confound his flock with mildly heretical sermons. His son, a naval officer, disappears under circumstances that implicate him in a German spy ring. At the other focal point is the Ashfield clan, aristocrats of South Carolina’s Low Country, along with their African-American companions in the Gadsden family, whose daughter, Lilia Belle, is raped by a congressman. Around these poles orbit neighbors, friends, small-town eccentrics and several isolated subplots that gradually weave themselves together, including a man who wakes up with amnesia aboard a U-boat just as it’s captured by the British and a World War I veteran who, having survived one calamity after another against all odds, decides he’s destined to never die. The novel treats its characters’ travails with serene equanimity. Estrangements, crimes, miscarriages and deaths violent or tranquil are folded calmly into the narrative flow, their consequences surfacing only much later in musings on religion and ethics or in surreptitious acts of generosity and honor. Traywick’s richly textured prose creates a fictive world that’s almost Faulknerian in its density, revealing to the reader a burnished, elegiac view of upper-crust Southern life on the cusp of the civil rights movement—a gracious world of plantations, glamorous balls, weddings and shooting parties. For now, racial tensions are muted and salved by humane courtliness. Traywick’s vision is limited—almost cloistered—and so meditative that it seems detached at times, even though it sheds a captivating glow.